Since August of 2014 I live in Lisbon, the best kept secret on the map of Europe. Once I discovered it, I understood that I desperately needed to live here and nowhere else in the world.

22 of March, 2012 – exactly 3 years ago I went to the Chamartín train station in Madrid to take the night train, that would take me to Lisbon for the first time. I had no idea about Portugal and had no expectations. I had a free week, a 50% discount on tickets and a rented room in Bairro Alto for 10 euros per night for a week. Lisboa was calling me.

And not? When I went to the train station I found out that my train was cancelled because of the strike of railway workers in Portugal. So, I changed my ticket for the next day and one night later I found myself in Lisbon.

It was an absolutely mesmerising experience. I had been to different cities in my life, but never ever I had that weird and exciting feeling that… I was finally home. 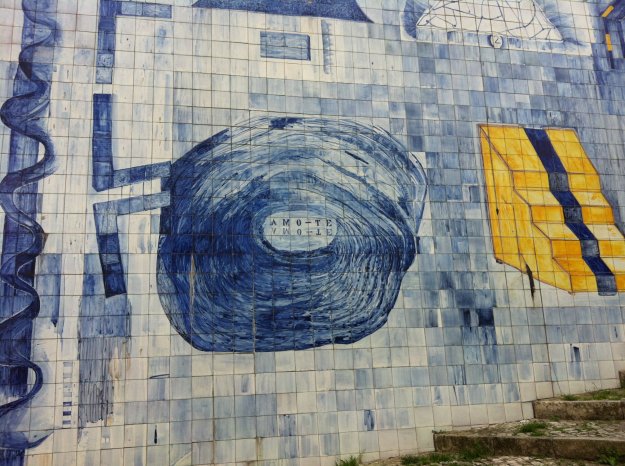 I was born in Yerevan. I used to spend all the summer holidays there. But I always felt that I was different. It was the home of my close ones, but never was my home.

Since I was 5, I lived, grew up, studied and spent the most part of my life in Moscow. In no other place in the world I felt myself alien as much as in Moscow. I made a lot of attempts, I would fall in love with Moscow and its greatness every spring and then get disappointed with it once and again.

I spent 1 month in Malaga, 1 month in Barcelona and 1 year in Madrid. I love Spain and every part of it. Would I like to live there? Yes, probably. Did it feel like home there? Nope.

And then unexpectedly I found my home in this fantastic city, with the weird language that sounds like Russian but has nothing to do with it, with the myriads of hidden (and not) spots which simply take your breath away, with the smell of ocean, coffee and flowers, with the magnificent light that only Lisbon has.

That is how my story began.